Black Enterprise‘s TechConneXt Tech Summit 2016 is over. Although the event was a success in total, there were a few moments that really captured how unique, fun, and imperative TechConneXt is in bringing together those interested in furthering diversity in STEM.

Some moments were poignant and stirring, others, funny and lighthearted. Here were a few of my favorites:

AT&T’s Cynthia Marshall, the telecom giant’s senior vice president of Human Resources and chief diversity officer, brought the house down with a hilarious recount of her first AT&T phone (a garish pink RAZR), and her attempt to get AT&T CEO Randall Stephenson to create a Bitmoji of himself. Marshall grew serious, though, when talking about the need for diversity in tech and AT&T’s efforts in this cause. 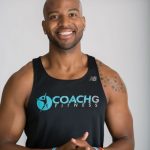