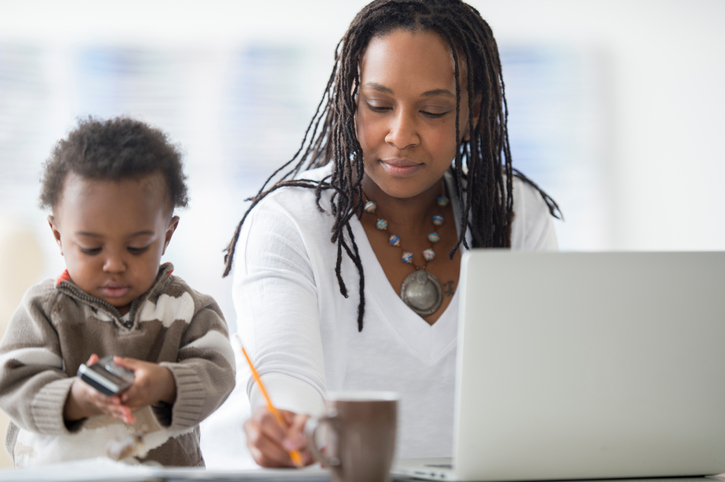 The number of businesses owned by African American women has increased by 67% between 2007 and 2012, making black females the fastest growing sector of entrepreneurs in the nation. In spite of the unique set of hurdles and challenges, black women in business continue to thrive and have become a booming economic force. The exponential growth is particularly impressive and hard-won, especially among black mothers who manage to raise children while running a business. Featured below are 10 mompreneurs who serve as inspiration for business owners of all sorts and aspiring entrepreneurs.

A frustrating day at the beach with her son led Shirley Hayden to invent The Unique Seat, a lightweight lounging system that’s perfect for outdoor use. Hayden and her son pitched the product on Steve Harvey’s Funderdome, a TV show hosted by Harvey, and earned $50,000 in capital last year.

“Having a young child at the time and wanting to have an enjoyable day going to the beach created the necessity for The Unique Seat for me and many other outdoor enthusiasts,” Hayden told Black Enterprise.

“I recall how frustrating it was to pack and carry all the comforts of home with us to enjoy a family day at the beach. That’s when the idea for The Unique Seat came to me. After setting up for the day at the beach I sat thinking, ‘there has to be a better way to do this’ and I received a clear vision of what The Unique Seat would look like. I remember coming home and drawing the vision in detail and therefore beginning the creation of my first prototype.”

Akinah Rahmaan, the founder of lifestyle fitness company Banana Skirt Productions, stopped by Black Enterprise to talk about her popular dance classes and journey into entrepreneurship.

Altrichia Cook was not deterred when she unexpectedly became a teen mom at 17. Rather, the Florida native became even more determined to graduate high school, pursue higher education, and launch her own business. Today, she runs a luxury swimwear line and is redefining the realm of possibilities for teenage mothers of color through philanthropy and mentorship.

Ozi Okaro started Ikuzi Dolls in early 2015 once she realized how limited the scope of toys was for children of color. “One of my daughters has dark brown skin and the other has light brown skin. I couldn’t find dolls for each of them individually,” Okaro told Black Enterprise. So she launched an online-based business to fill a gap for girls of color who didn’t have access to dolls that look like them.

In the fall of that year, she started an online crowdfunding campaign to raise money for the production of inventory. It failed spectacularly, raising only $6,000 of the intended $36,000. A few weeks later, she would turn to family and friends for support and raised $25,000 in a matter of three weeks with a bulk of the cash coming from her own family savings. “It’s funny how people come together for you when they believe in you,”

Her big break, however, would come in the spring of 2017 when O Magazine came calling.

The Two Women Changing the Perception of Millennial Moms of Color

Ghanaian publicity pros Simona Noce and Nikki Osei created a platform for millennial moms of color called District Motherhued that provides opportunities and resources for its #DMVMomTribe for personal, professional, and economic growth.

Mompreneur Who Raised $20,000 on Kickstarter Is Open for Business

Lynnette Abbott began planning parties for children of color, while simultaneously working as an office administrator at the U.S. Customs and Border Control office in Florida. She then raised over $20,000 and quit her job with the federal government to run her business, Craft My Occasion, full time.

Tamara McNeil was a first-time mom, wife, and a public relations director for a national nonprofit back in 2016 when she became frustrated with searching for books featuring black characters. That’s when she took matters into her own hands and created Just Like Me!, a perfectly curated subscription box filled with African American children’s books and other fun educational tools. Considering “3,500 children’s books were published in 2014, but only 180 were about black people,” according to a study, McNeil figured there were probably other mothers who felt the same way.

After watching her 4-year-old have an identity crisis, Múkami Kinoti Kimotho created a line of Afrocentric avatars called Royelles that empowers girls, like her daughter, to embrace their originality. Kimotho designed and hand-crafted 13 different prototypes in the collection.

Rosalind Brown is a Miami-based millennial entrepreneur and the co-founder of Selfie Addict LLC. In addition, Rosalind works as an online fashion consultant and real estate agent. 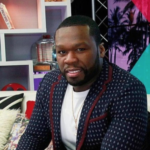 Is 50 Cent Looking At Getting In The MMA Business?