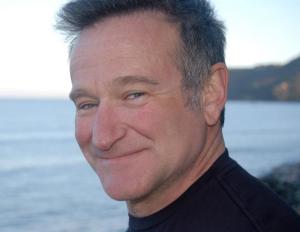 One never knows what goes on in the private lives of others and depression is a silent killer. We don’t know what problems comedian Robin Williams had, but the “suspected” taking of his own life is indeed a tragedy. In honor of Â his talent and the many smiles and laughs he has given us over the years, we decided to do a 10 facts for the comedian.

1. Robin Williams was mentored by the late, great Richard Pryor.

3. Williams appeared opposite Steve Martin at Lincoln Center in an Off-Broadway production of “Waiting for Godot”Â in 1988.

4. He was nominated for the Academy Award for Best Actor three times.

5. In 1973, Williams was one of only 20 students accepted into the freshman class at Juilliard.

7. He was portrayed by Chris Diamantopoulos in the made-for-TV biopic “Behind the Camera: The Unauthorized Story of Mork & Mindy” (2005).

8. Williams went to Juilliard with the late Christopher Reeve and became good friends with him.

9. A fan of professional road cycling, he owned more than 50 bicycles.

10. His character, Mork from “Mork and Mindy,” was originally featured on the television show, “Happy Days.”